Go to the 3D video

The Barsanti and Matteucci internal combustion engine Museum is located in the Antica Loggetta dei Guinigi in Lucca, Via Sant’Andrea 58, near the entrance to the Guinigi Tower and can be visited while waiting for the ascent to the tower.

The Museum illustrates the studies carried out and the progress made by Barsanti and Matteucci between December 1851, the date of their first meeting, and March 25, 1864, the day the Bauer engine was started in the headquarters of the John Cockeril Company in Seraing, near Liège in Belgium.

In the room on the first floor, you can watch the projection of films illustrating the life and works of the two scientists; the models of the apparatus used for the first experiments, and reproductions of the main documents, attesting to their activities connected with the internal combustion engine, are exhibited.

There is also a library for consulting publications relating to the subject.

In the rooms on the ground floor, large scale models are exhibited that reproduce in motion the motors designed by the two inventors.

The publications edited by the Foundation are available at the Museum. 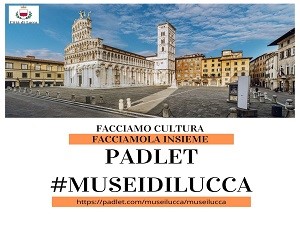 The Museum is affiliated with ACI Storico

The museum is part of the ASI Musei Project

How to get here

From April to early November, open on Saturdays, Sundays and public holidays, from 12 to 19

For the remaining periods, for at least 10 persons groups, visit by appointment

You can collaborate to keep the Museum open: