Nicolò Barsanti was born in Pietrasanta (LU) on October 12 – 1821, son of Giovanni Barsanti, a marble sculptor and Angela Francesconi. He was a delicate child with good natured and affectionate nature. His mother was contrary to sending him to school because she thought it would harm her delicate son’s health, while his father was not favorable to bringing the boy to work with him and thought that an instruction would give him a better life to live.

At the age of six, Nicolò crossed the threshold of the institute Scuole Pie in the S. Augustino Convent of Pietrasanta, which was run and taught by Piarist Fathers. Nicolò attended the institute until the age of seventeen, concluding high school with excellent results in all subjects but showing a very marked inclination for the exact sciences and for mathematics and physics in particular.

After completing his high school studies, while his father thought that his son was enrolling at the University of Pisa to undertake studies in engineering or medicine, the young Barsanti went to the director of the Institute to collect what is equivalent to the current high school diploma. and at the same time he manifested his will to become a Piarist Father, if the Piarists accepted him.

Accompanied by P. Bottari, Nicolò left for Florence on July 17, 1838 and completed his novitiate at the Istituto del Calasanzio “Il Pellegrino”, in via Bolognese. There he put on the habit that S. Giuseppe Calasanzio had commanded for his congregation and changed his name to Eugenio dell’Addolorata.

After two years of prayers and religious studies and, once his novitiate had ended, Eugenio continued his researches at S. Giovannino College attending the Ximenian Observatory directed by Father Giovanni Inghirami. In September 1841 Father Inghirami summoned Father Eugenio Barsanti, who was not yet a priest, to his studio and informed him that he was being transferred to S. Michele College in Volterra to teach elementary physics and mathematics;

“…Father, I thought that you had called me to look at the stars…- a confused Father Barsanti said – Do not fear; though I am young, if you think I am the right one for this task, I will do my best.” In spite of the excellent references of Father Inghirami, when the headmaster of the college in Volterra, Father Alessandro Sarri, was quite afraid when he saw what a young priest had been sent because he was only a bit older than his future students.

The young professor dedicated himself to teaching with so much passion and enthusiasm that his students were charmed. It was the spring of 1843 when the “little schoolmaster”(as his pupils called him due to his young age and thin stature) entered the classroom holding a container with a long neck, an instrument he had built himself for the experiment he was about to do.

That instrument reproduced Volta’s pistol. The teacher explained to the students what he intended to do, filled the container with hydrogen and air, hermetically sealed the neck with a cork, then, at the ends of the insulated brass bar ending in two small balls, he set off an electric spark: immediately one thunderous explosion threw the cork against the ceiling and thundered the classroom. To the frightened pupils he explained what had happened: the electric spark had ignited the gas mixture, which, increasing in volume, had produced the explosion by throwing the cap into the air. The instrument made by Barsanti is still preserved in Volterra.

This experiment gave Barsanti an idea: to use the explosion of a gaseous mixture to generate a force that could be used in a continuos motion engine that would be more efficient than a steam engine.
In a document kept at the Ximenian archive one can find the following script:

“Father Eugengio Barsanti had repeatedly noticed that the instrument would heat up at the moment of the explosion and this heat was directly proportional to how much the cork was pressed down and that the heat would reach its maximum when the cork was pressed down so much that the explosion of the mixture could not expel it. From this observation he deduced that the explosive force of the mixture of hydrogen and air was not as violent as the noise it produced would make it seem, and that the dynamic effects could be regulated compelling them to be transformed, partially or totally into heat.”

The concept of equivalence between thermal and mechanic energy is evident, as it was in Barsanti’s clear and working mind. It is said that his experiments at the College in Volterra continued while he remained, and that the explosions were so frequent, especially at night, that it was believed that secret arms were being created at the college. In September 1845, Father Eugenio Barsanti was ordained and celebrated his first mass in his native town, in S. Augustine Church of Pietrasanta.

Father Barsanti was an excellent teacher and a scrupulous and tireless scientest but he never forgot his sacerdotal dignity. After a well deserved rest at home, Barsanti was sent to Florence to teach moral philosophy and geometry in 1848 and mathematics and physics a year afterwards at S. Giovannino College. One of his most famous pupils between 1849 and 1852 was Giosuè Carducci. Afterward, Barsanti was named assistant in mechanics and hydraulics in the Ximenian Institute. Here, towards the end of 1851, he met Eng. Felice Matteucci, with whom he began a fruitful collaboration, supported by a fraternal friendship: from that moment on, the life story of Eugenio Barsanti is closely linked to that of Felice Matteucci and to the events that led to the construction of the first internal combustion engine.

Barsanti’s life ended on April 19 1864 at Searing in Belgium exactly in the moment he was about to receive glory from the construction in series of his engine. He had arrived in Belgium in March but it was at Seraing that he contracted a serious form of typhoid fever.

His body arrived at Livorno on May 24 and was first buried in a little house in Compiobbi, then it was moved to a crypt in S. Giovannino church of the Piarists of Florence in 1910. On October 24 1954, Father Barsanti’s mortal remains were transferred to the Basilica of Santa Croce, the Florentine church that welcomes the great Italians. 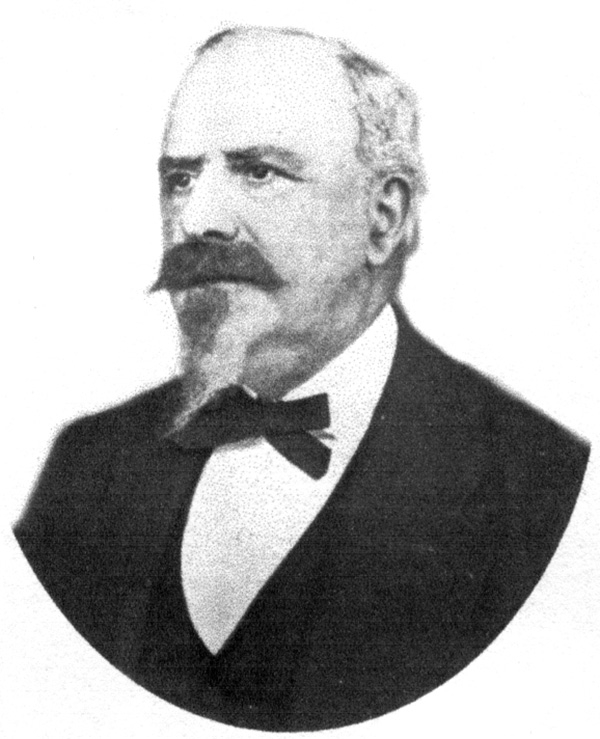 Felice Matteucci was born in Lucca on February 12, 1808. His father, Luigi Matteucci was a lawyer and Minister of Justice under Prince Felice Baciocchi and his mother was the noblewoman Angiola Tomei-Albiani of Pietrasanta.

Since he was a child, Felice showed a great entusiasm distinguishing himself in his studies, so much that at the age of eleven he had written some greatly appreciated poetry. It is known that during the 1823-24 school year, he appeared among the students of the Royal High School of Lucca (the University of Lucca at that time). His interest in science became clear when he was studying at the Royal Bourbon College of Paris where his father, then the Grand Duke’s representative at the court of the king of France, had enrolled him in 1824. It was at Paris that he began studying hydraulics and mechanics for which he showed a marked inclination.

Felice Matteucci had to return to Italy with his father in December of 1825 because his brother, Francesco, had contracted a serious illness and therefore completed his formal education at Florence in there subjects. Once he terminated his studies, while his father had been nominated counselor to he High Court of Justice of Leopold II employed his time writing the Tuscan Codex and his mother looked after the household, Felice continued his scientific researches and looked after his family’s agricultural property: they possessed landed properties with two country homes, or villas, at Vorno and at Colle di Compito.

It is without a doubt that during his stay at the villa of Colle di Compito that, observing day after day the movement of the water of the Sesto Lake that he drafted at the age of twenty-seven, a plan for the draining of the Bientina marshland. It was to this project, which is without a doubt his most diligent and skilled hydraulic study, that Matteucci became very attached to for all his life like a sweet magical juvenile dream.

Others, like Ximenes, Larga and Nottolini, had devoted themselves to the draining of the Bientina marshlands, but they had never held in consideration the natural slope of the countryside of Lucca which is inclined towards the Arno river on the left side of the Serchio river, and therefore wanted, so a popular phrase says, to send the water upwards, when trying to drain the water from the Sesto Lake to the Serchio river. Boscovich, Tommaso Perelli and Giuseppe Manetti noticed the error but they only left some vague notes that were insufficient for demonstrating the way to do it in their projects.

With meticulous diligence, Matteucci took all the measurements necessary, weighed up the pros and cons, took the precise measurements of the height of the lake and the slope of the land, and examinated all the difficulties that could be encountered. With all this, he concluded that in order to drain the water to the sea. a canal that followed the natural slope of the land towards the Arno river, “the Matteucci Canal”, was needed. It was a marvelous project, rich with great works like rectifying the course of the Arno near San Giovanni alla Vena and Uliveto; a difficult task that was foreseen and deemed surmountable but rendered the draining certain. Matteucci asked Giuseppe Venturoli, an expert of the subject at the time, for his opinion and besides revealing the projects value concluded saying:

…My opinion is that Mr. Matteucci’s project, because it aims towards a utilizible goal, and because it chooses the most fit methods to attain the draining, is worthy of consideration and encouragement; and I consider it superior to the others I know of until now, because it works towards a more extensive and perfect draining of Lake Bientina.

The project caused a sensation, so much so that Prince Demidoff was induced into setting up a society for the realization of forecasted work; the documents were ready but the Prince withdrew from the society and it it went bankrupt before it was founded. Matteucci presented the project to the Gran-ducal Government which had the Bientina marshland reclamation at heart, but the Commission, in which Father Eugenio Barsanti took part, chose the project of Commendatore Alessandro Manetti, director of water and roadway works.

Matteucci, who was convinced that his project was better and moreover would have given profit to the community, received such a great delusion because of the Commision’s decision that it conditioned forever his life. Manett’s project, after many years of work and incalculable costs,was a failure and this increased Matteucci’s regret.

Matteucci, who in the meantime became friends with Father Eugenio Barsanti, abandoned hydraulics and he dedicated himself to mechanics, by entering a partnership with him.

Starting from 1851, Matteucci’s life is linked to that of the internal combustion engine which, together with Barsanti, designs, develops and tests. Together with his friend, he shares the vicissitudes, the hopes, the joys, the disappointments.

The collaboration with Barsanti was interrupted between 1860 and 1862, due to a severe nervous breakdown. Two years later, in 1864, his friend died and, with the exception of some episodes and new disappointments, Matteucci abandoned his research on the internal combustion engine and devoted himself again to projects for hydraulic works; a few years later he was forced to interrupt his activity due to another nervous breakdown that accompanied him until his death, which took place on 13 September 1887 in his home in Vorno (LU).

He was buried in Campi Bisenzio, in the noble chapel of the villa which belonged to the Matteucci family, and originally owned by his wife Giulia Ramirez di Montalvo. A plaque, placed in 1932 on the facade of Palazzo Matteucci in Piazza del Giglio in Lucca, remembers the place of his birth.